“Pottuja” (Finnish for potatoes) is a minimal and surrealist self-portrait based on two biographically relevant objects. It’s an outcome of research done on tensions between my roots, my willingness to adapt, and social anxiety. It attempts to describe the bodily manifestations of awkwardness, embarrassment, and avoidance, followed by the sense of alienation and isolation from others. It questions audiences empathy and ability to read body language. How important is the face or any particular part of our body in describing our inner state, and how distorted is this description when not all the parts are visible?

Milla Toppi is a dance student at Die Etage in Berlin. Originally from the north of Finland, she moved to Berlin in 2015 to join Tanzfabrik’s Dance Intensive Program and continued her dance training after graduating. In 2018, she took part in the Oulu Dance Hack workshop focused on augmenting dance performance with modern technology. In her work, she’s drawing from her passion for visual arts, her love for movement, and her previous medium, photography. Currently, she’s concentrated on developing a style and expression matching her sensitivity and sense of aesthetics.

I made this video for the festival for the fun of it. I created four new stocking characters and played around with editing them for New Order’s ‘Blue Monday’. Finishing it took longer than expected, but nevertheless here it is -enjoy!

Part of the problem was, that while making the self-portrait I was at the same time the creator, the performer and the subject. For a while my mind was overwhelmed by this and I struggled to put my thoughts in order. Normally, I easily imagine people and events on stage, but during this specific process I lacked the distance and perspective to see the piece clearly. At some point, I figured, I needed to create an entity; a character I could identify with, that would take the spotlight and give me, as a creator, the vantage point to direct the piece better.

I always draw a lot of inspiration from my dreams. So far in the process of making the solo, I had not considered using dreams. After some time spent on thinking, I got this idea that dream reality would be a fitting scenery for my character, because fears and anxieties often appear in dreams while we process them. I was also seriously drawn to the absurd way dreams portray every-day issues so I found myself coming back on and on to this concept. After a while, I realized that inadvertently my imagination had found its focus.

I made this video inspired by wet socks and every-day inside activities around water.

The audio above was recorded at my parent’s backyard right at the edge of a forest spring last year. Snow had mostly melted by then and the birds had returned from the South. While living in Finland, I didn’t appreciate enough those little details, but now I’m constantly longing for them. I was homesick when making the solo, and hoped to spend the Easter in Finland, but the lockdown got me grounded in Berlin. 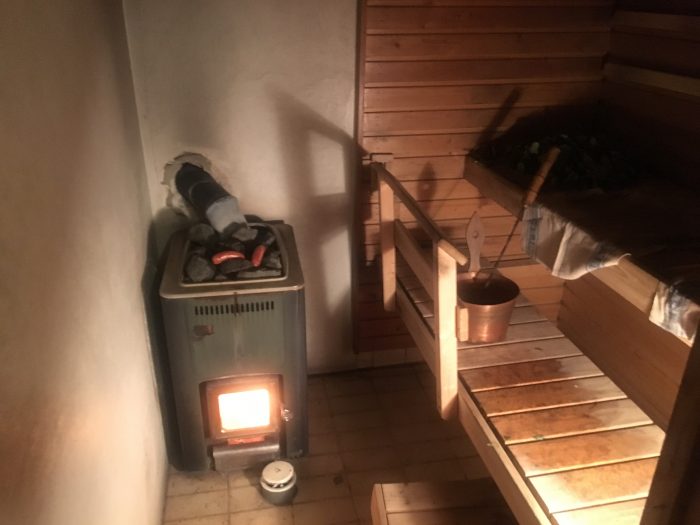 I miss many things: I miss the winter. I miss the feeling of freezing -30C on my cheeks. I miss the frost on my eyelashes. I miss how my thighs would get piggy-pink from cold when I wasn’t dressed up enough. I miss the cracking sounds of burning wood in our sauna smelling of sausages that my dad would grill on the rocks. I miss this:

I miss summer’s bright nights and the winter’s polar darkness. I miss the northern lights over my childhood home that I wouldn’t even bother to look at until I moved to Europe and realized how special that was. I miss it all and I find it ironic how I needed to loose those things and feel their absence to realize how important they were to me. It’s just like a lesson learned from a fairytale – you’re never too old for that I guess.

I made a little video for this phase. I call it my Claustrophobic anxiety dance, which started out as an improv session in the shower.

This is a hand-improvisation of mine; one of those things I was exploring and found extremely relaxing to do. 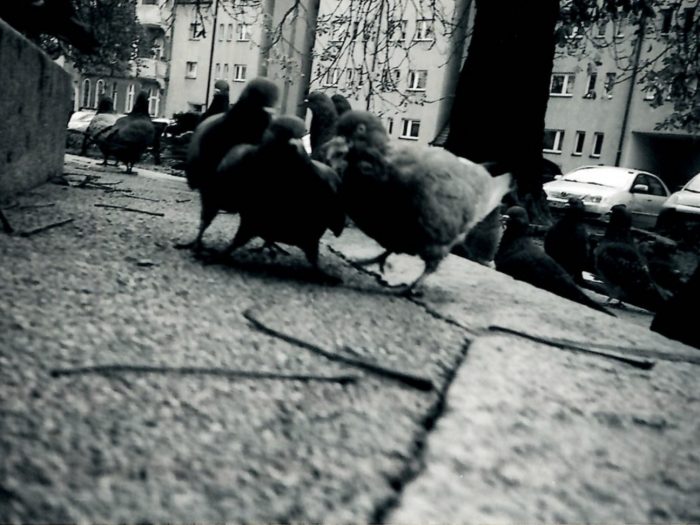 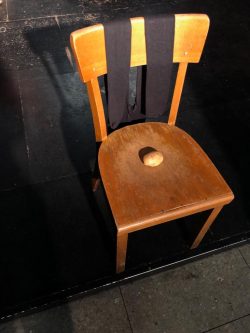